Munich, Germany - 2022
Munich, the capital of the German state of Bavaria, is located north of the
Bavarian Alps on the River Isar. History mentions the city as early as 1158.
From 1180 to 1918, the Wittelsbach dynasty ruled Bavaria and in 1255,
made Munich their seat of power. After World War I, the city experienced
two decades of political unrest, followed by World War II. Many Medieval,
Baroque, and Rococo buildings were heavily damaged or destroyed in the
Allied bombing of the city. However, damaged areas of the city were
restored or reconstructed following the war. Today, Munich is a global
center of art, culture, education, finance, science, technology, and tourism.

Munich features ten Christmas Markets throughout the city. One of the
oldest Christmas Markets in the German-speaking world, the
Nicholaimarkt, was established in 1310. Renamed Christkindlmarkt, in the
19th century, the market is located on the Marienplaz in front of the Neues
Rathaus, the city’s town hall. Other markets include the Kripperlmarket
(Manger Market), the largest in Germany, the Rindermarkt, the Residenz
Weinachtsdorf, the Himmerlswerkstatt (Heavenly Workshop), which
features crafting activities for younger children, the Medieval Market at
Wittelsbacher Platz, the Tollwood, a market with a modern twist, the
Märchenbazar, (Fairytale Market), and others. 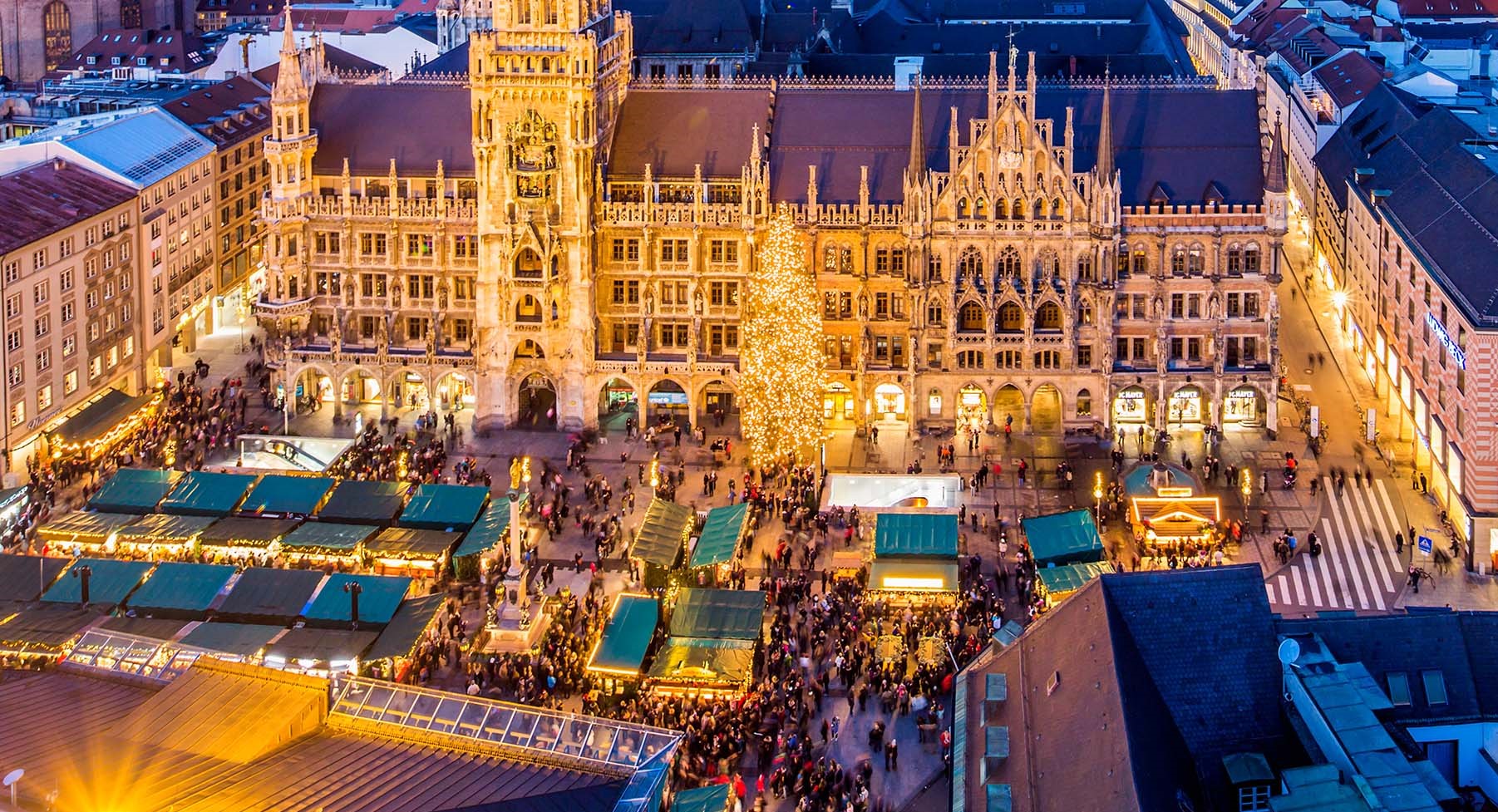 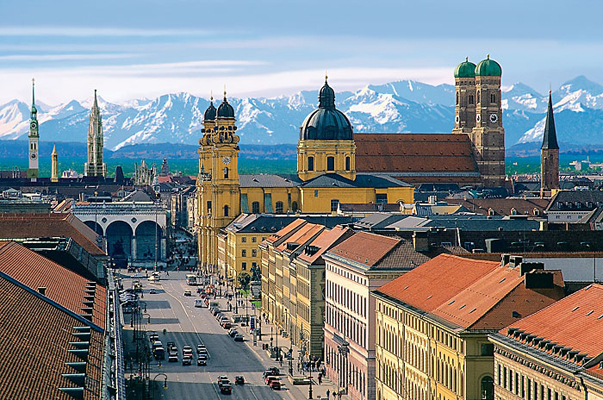