Dresden, Germany - 2017
The historic city of German Art and Culture

The city of Dresden is the traditional capital of the of Saxony.  It is located on the River Elbe just north of Germany’s border with the Czech Republic.  It was the historic royal residence for the Prince-Electors and Kings of Saxony.

Prior to World War I, is was referred to as the “Florence on the Elbe” or “Germany’s Jewel Box”, known for its Baroque and Rococo architecture, and its wonderful collection of art, especially that of the Wettin Royal Family.   It also possesses a rich operatic tradition with composers, Wagner and Weber, conducting here. 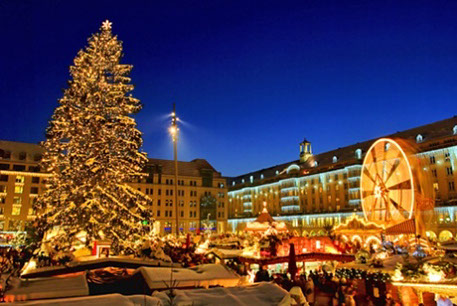 The Prince-Electors were German aristocracy who elected the Emperor of the Holy Roman Empire.  The Empire lasted from the crowning of Charlemagne in 800 A.D. until is dissolution in 1806.  The Wettin Royal Family, were Electors of Saxony from 1423 until 1806.  From 1806 until the formation of the Weimer Republic in 1918, the Wettin Royal Family held the title of Kings of Saxony.

The city suffered terrible destruction and death during the February 1945, bombing by the Allies during World War II.  A few historic buildings were reconstructed after the war, but following German Reunification in 1990, large parts of the old city were reconstructed to return Dresden to its former glory.  Dresden’s most famous landmarks include the Frauenkirche (Church of Our Lady), the Semper Opera House, and the Zwinger Palace, now an art museum.

Today, the city is again an important cultural, educational and political center for Germany.  Its thriving high-tech industry has earned Dresden the name “Silicon Saxony”.  The city is about an hour north of the famous Erzgebirge region of Saxony, known for its production of toys, nutcrackers, and other Christmas figurines.  Dresden holds two Christmas markets during the holidays, the Striezelmarkt and Weinachtsmarkt.  The Striezelmarkt is held in the square surrounding the Church of Our Lady and dates back to 1434.  The name is derived from the Struzel or Striezel, a German fruit and nut loaf.

A presentation on Dresden, featuring photos and short videos, will be given by Matthew Wagner and Brett Hosterman on Thursday at 5:30 PM, Friday at 3 PM, and 3 PM Saturday at the Lutheran Church Sunday School room. 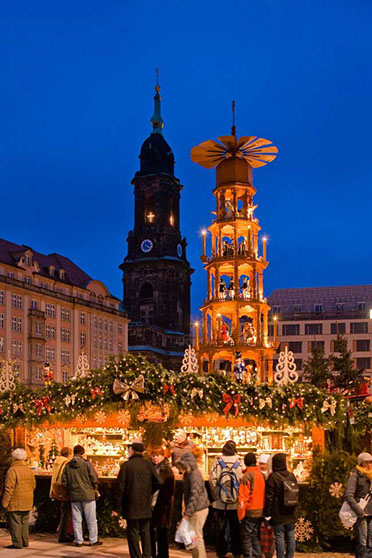